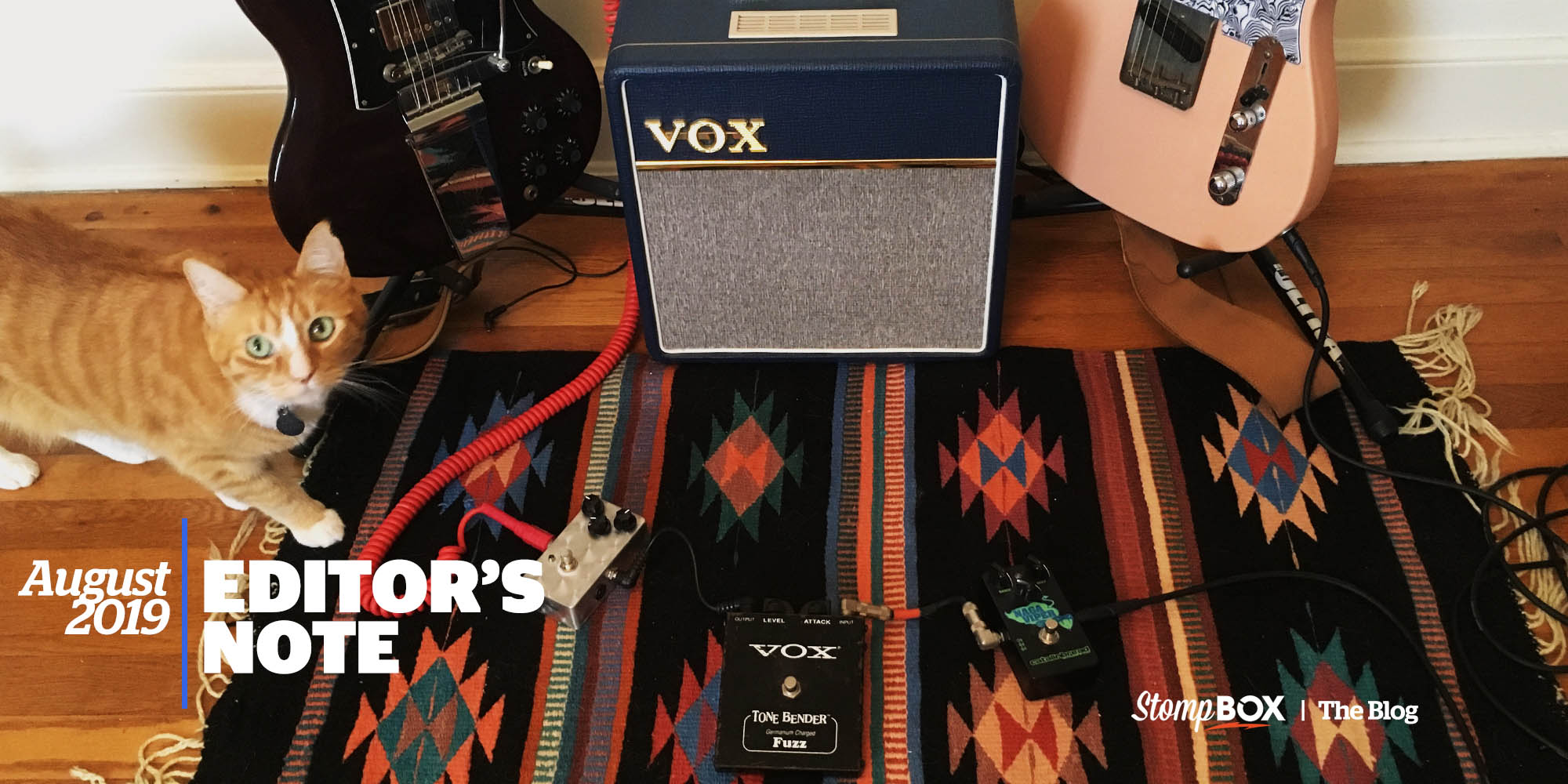 Here we are at the beginning of August, and here I am with two songs constantly vying for the top spot in my brain: War’s “Summer,” because this is indeed “my time of year,” and David Bowie’s “Changes,” because change is definitely in the air.

The biggest change, at least pertaining to Stompbox, is that our intrepid Editorial Director James “Roto” Rotondi has stepped down from the position due to touring commitments, and has tapped me to take his place. Roto and I actually go back over thirty years — we were fellow musicians even before we were journalistic colleagues — and he’s done a righteous job helping our visionary photographer and generalissimo Eilon Paz get this exciting project off the ground. I am very stoked and honored to be the one taking the Editorial Director baton from him. In the immortal words of Mick Jagger, please allow me to introduce myself…

Happily, Roto will not be leaving Stompbox altogether — he will still be functioning as our Editor at Large, and will continue to provide us with such stellar content as this Behind The Counter interview with Blair White and and Brandon Highfill from Nashville’s Eastside Music Supply.

We’ve made plenty of other new additions to the Stompbox blog this summer, which you might have missed amid all the chillin’, grillin’ and swillin’ you’ve been up to over the past few months. Just to remind you, we’ve gotten the lowdown on Dave Navarro’s gear from Dan Cleary, Dave’s guitar tech, and paid similarly edifying and entertaining visits to such talented axe-wielders as Troy Van Leeuwen of Queens of the Stone Age, Buzz Osborne of The Melvins, Paul Leary of Butthole Surfers, Whitney Petty of Thunderpussy, and Peter Holmström of The Dandy Warhols. We’ve also explored the advantages of using two identical pedals on the same pedalboard, and spotlighted our talented contributor Michael Ross.

We also have several new interviews in the can — including chats with Steve Hackett, Doug Wimbish, Mike Stern, Mike Keneally, Steve Turner of Mudhoney, and Mick Box of Uriah Heep — and a whole lotta great new stuff coming your way in this next month and beyond. Stay tuned!