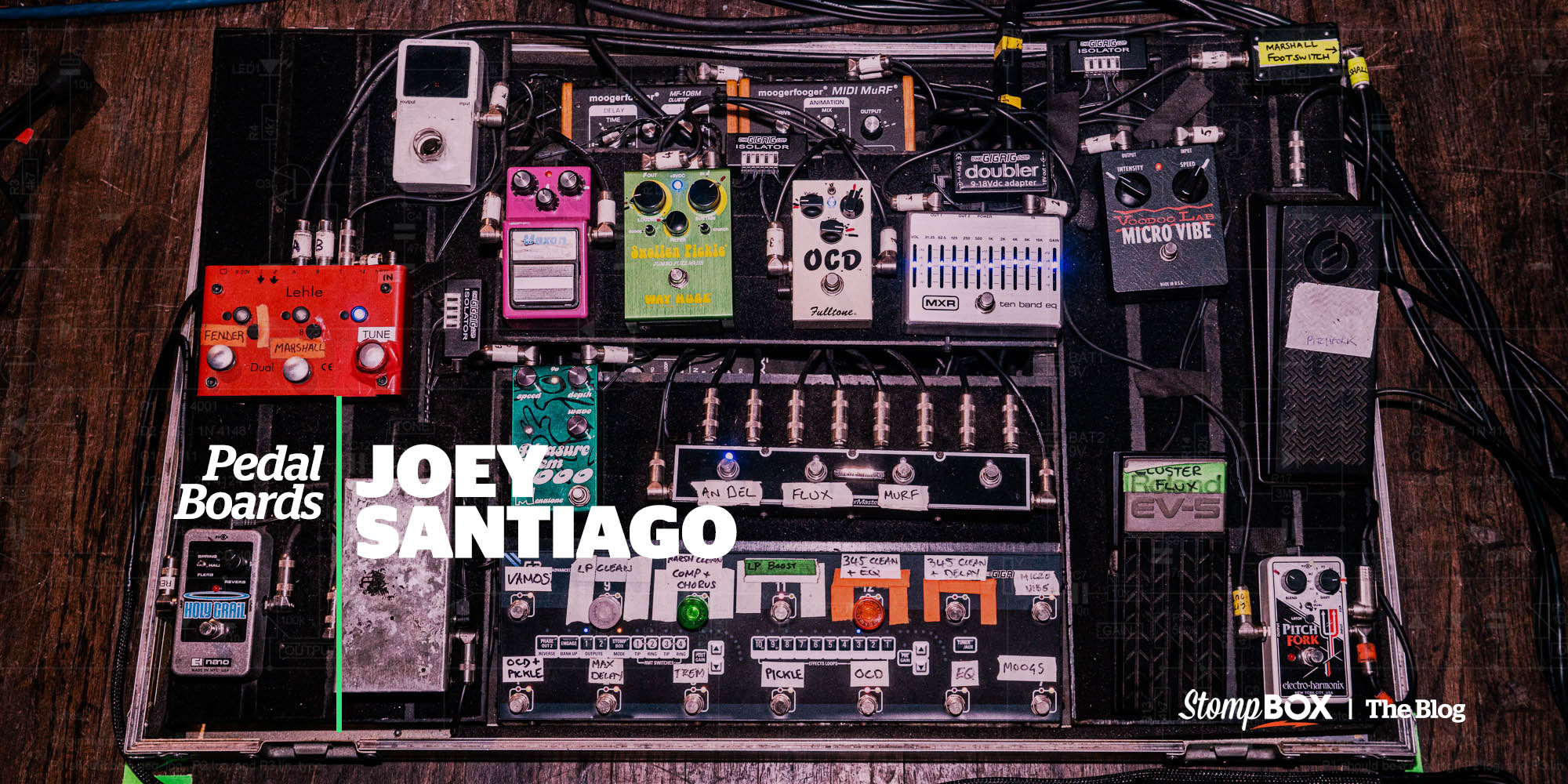 From 1987’s Come On Pilgrim onward, Pixies lead guitarist Joey Santiago has developed a well-earned reputation for anarchic solos and idiosyncratic tones, so it’s no big surprise to find that his pedal board setup is a little unusual, as well. But according to Chris “Spenny” Spencer, his trusty guitar tech, the core of Joey’s sound is actually pretty traditional.

“Joey’s sound is simple yet unique,” says Spenny. “He plays a Gibson Les Paul Custom 2004 — his ‘road guitar,’ bought after the Pixies reformed in 2004. It’s a very heavy example with a Bigsby, modified bridge and the back-of-the-neck finish sanded back to the mahogany for a lovely, smooth feel. He sends the bridge pickup into his two amplifiers: a JCM 800 and 4×12 (on the Boost channel) and a Fender Vibrolux Reverb combo. This in itself sounds absolutely fantastic. Really big and old-school!”

From there, Santiago relies upon a relatively modest yet rather intriguing array of pedals to achieve a wide variety of tones and effects. These include a Fulltone OCD overdrive, a Way Huge Swollen Pickle, a Voodoo Lab Micro Vibe, a Menatone Pleasure Trem 5000 tremolo, a Maxon AD9 analog delay, a Moogerfooger MF-108M (controlled by a Roland EV-5 expression pedal), an Electro-Harmonix Holy Grail, an Electro-Harmonix PitchFork, a DOD FX-17 Wah-Volume and a MXR ten-band EQ.

“He can add effects as he feels on the fly with his GigRig G2 switcher,” Spenny explains. “Nothing is in the signal path unless it is being used. Generally, he has a choice between two of each type of effect: two drives, two delays, two Trems, two ‘crazy noises’, and a few ‘secret weapons’ hidden under the board. The MXR EQ is one of the earlier loops on the G2, so he can switch it on to slightly boost the highs going into the drives if he feels it… 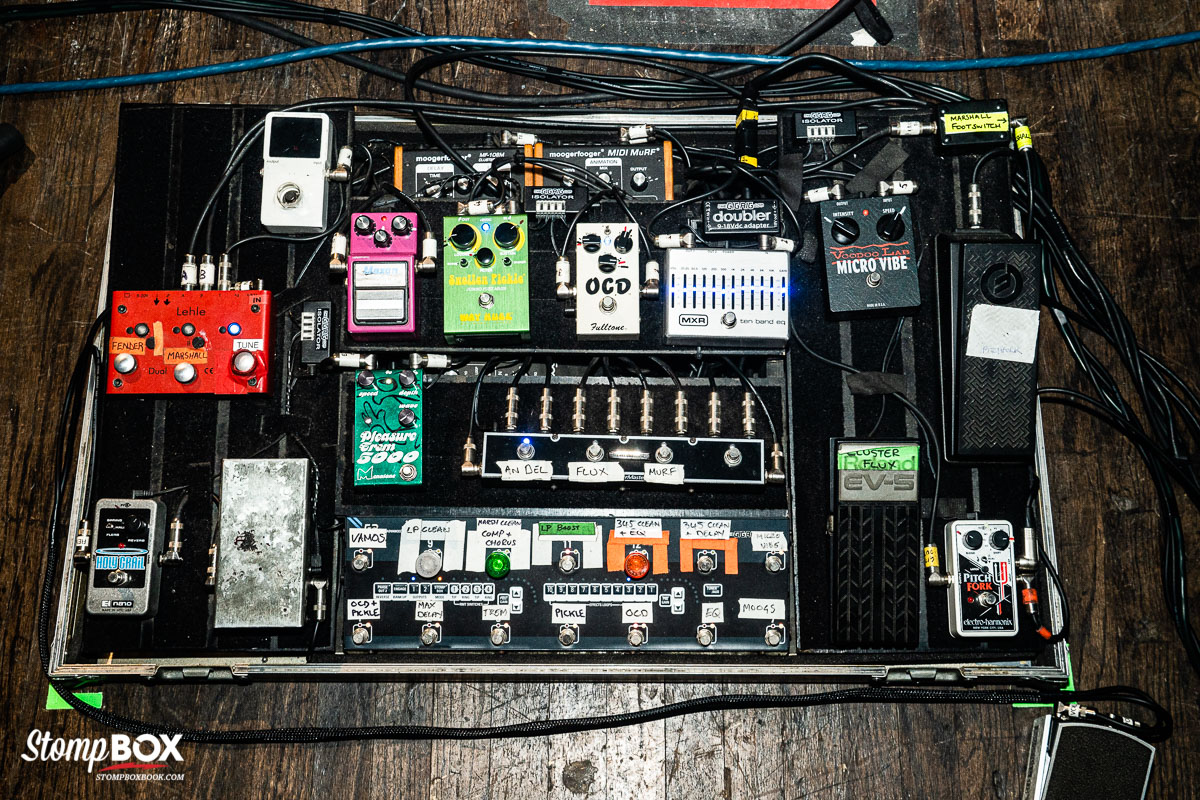 “There are also five pre-sets on the G2,” Spenny continues, “which use combinations of channel switching on the Marshall, the MXR EQ, a Keeley compressor, and a Boss FZ-2 Hyper Fuzz (all hidden under the board) for when he changes guitars. His DOD FX Wah and Holy Grail Reverb pedal are last in the chain before the signal is split to the Amplifiers. He uses a Gibson ES345 ‘clean’ for “Here Comes Your Man,” and a Les Paul gold top in ‘drop-D’ for ‘Planet of Sound’ and ‘Vamos’. But 95% of his show is his Les Paul Custom, the Fulltone OCD and the Boost channel of the JCM 800.”

The MVP of Joey’s whole set-up is Joey’s DOD FX-17, which has been on his board since the Pixies’ 1991 album Trompe le Monde, and which will be featured in the pages of Stompbox. “The FX Wah is great,” enthuses Spenny. “It’s a rather original and ingenious device. The wah is activated in the heel down position, which is the opposite to most other wahs. And because it works using two plates acting as a variable capacitor, there is never any crackling or noise when using it. You can engage it and sweep up into the peak — which, once mastered, many different sounds can be acquired from such a small footprint on the floor. It’s certainly his most treasured and used pedal!” 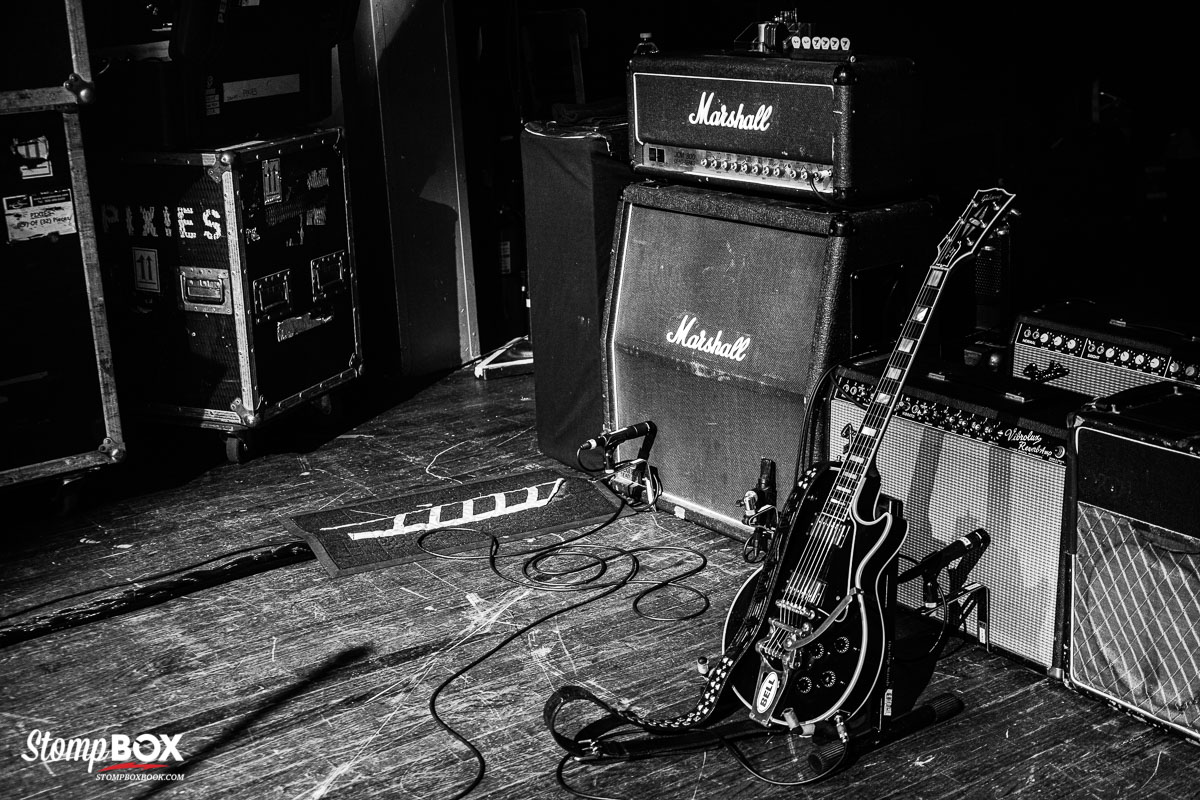 Full interview and photo of Joey’s chosen pedal will be featured in the Stompbox Book, coming summer 2020.