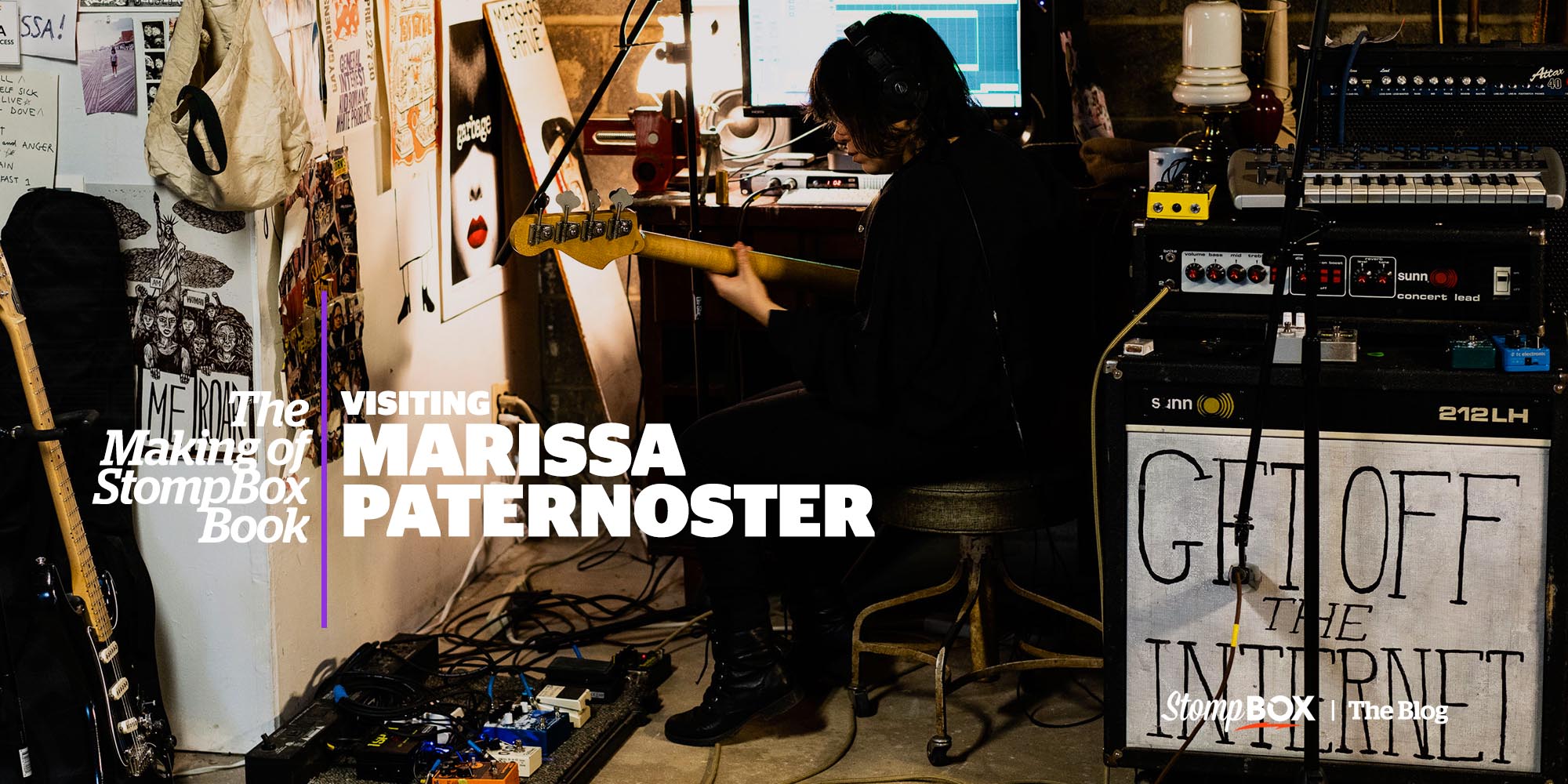 Throughout the 15 years that Screaming Females has been a band, the riff-driven three-piece has practiced in the basement of vocalist/guitarist Marissa Paternoster’s grandmother’s home. Occasionally, Paternoster notes, her grandmother would give her two cents on new arrangements: “When we wrote ‘Doom 84’ (which was on our 5th LP, Ugly), she said it sounded like a ‘funeral dirge’ and that’s how I knew we were headed in the right direction.”

Even though her grandmother isn’t around anymore, Paternoster’s family still owns the house. “We have a very simple set up down there for demoing songs, nothing fancy,” she says. “I am very grateful to have access to this space, it has afforded me with a lot of creative freedom.”

Throughout the basement is ephemera that has been collected over the years: old artwork by Paternoster (who draws and paints when she’s not playing guitar), pictures from her teenage years with bassist Mike Abbate, fan art, gig posters, tour memorabilia, and more. The humble and sentimental arrangement makes sense, as Screaming Females has always kept their roots close to heart (and home): they’ve released all seven of their albums on Don Giovanni Records, founded by the band’s close friend and fellow New Jersey native, Joe Steinhart; one of Paternoster’s favorite pedals (the Supercollider) is manufactured by Jersey-based company Earthbound Audio; and for the last two years, the band has hosted their February Annual Garden Party in their home state.

“Winter is typically a slow time for us, and I guess for a lot of bands that tour for a living—the holidays and weather can really get in the way of getting people out to shows—so a few years back we booked a series of gigs at Monty Hall in Jersey City, which is a lovely little venue below Jersey’s beloved WFMU,” says Paternoster. “This year we move it to a larger venue in Jersey City, White Eagle Hall.” On February 22nd, Screamales will be joined by bands No Men, Mal Blum, and Radioactivity.

Having started their career by playing basement shows in New Brunswick, NJ, the band has gone on to do some pretty incredible things. They recorded Ugly with Steve Albini, they’ve been featured on Last Call with Carson Daly and MTV, they’ve played and recorded with Garbage, and opened for acts like The Breeders, Throwing Muses, and Dinosaur Jr, to name a few. Last year, Paternoster teamed up with Zvex to create a limited run of Woolly Mammoth pedals featuring her original artwork. (Watch the video, featuring Paternoster and the pedal, here.) But most notably, Paternoster was named the 77th greatest guitarist of all time by Spin magazine in 2012, which comes as no surprise—to witness Paternoster play her G&L S-500 live is a wild and tone-perfected gift.

Lately, the band has been focusing on writing, with no concrete plans for their next record, but that doesn’t mean Paternoster isn’t still playing and demoing. “EarthQuaker Devices just sent me their Cloven Hoof pedal and I really like it,” she says. “I’m not sure if I’ll ever use it in my live set up, but it’s a great sounding fuzz and I’ve been using it on demos.”

Full interview and photo of Marissa’s chosen pedal will be featured in the Stompbox Book, coming summer 2020. 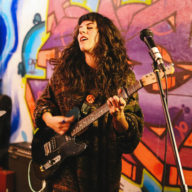 Cynthia Ann Schemmer is a Philadelpia-based writer, editor, and musician. She is the managing editor of She Shreds Magazine, the world’s only print publication dedicated to women guitarists and bassists. Her work has been published in The Score for Lincoln Center, Mask Magazine, Impose, Underwater New York, The Media, and She Shreds, among others. She currently plays guitar in Radiator Hospital, and in 2016 she released her debut solo album, Drawing Down the Moon, on Salinas Records under the name Swanning.