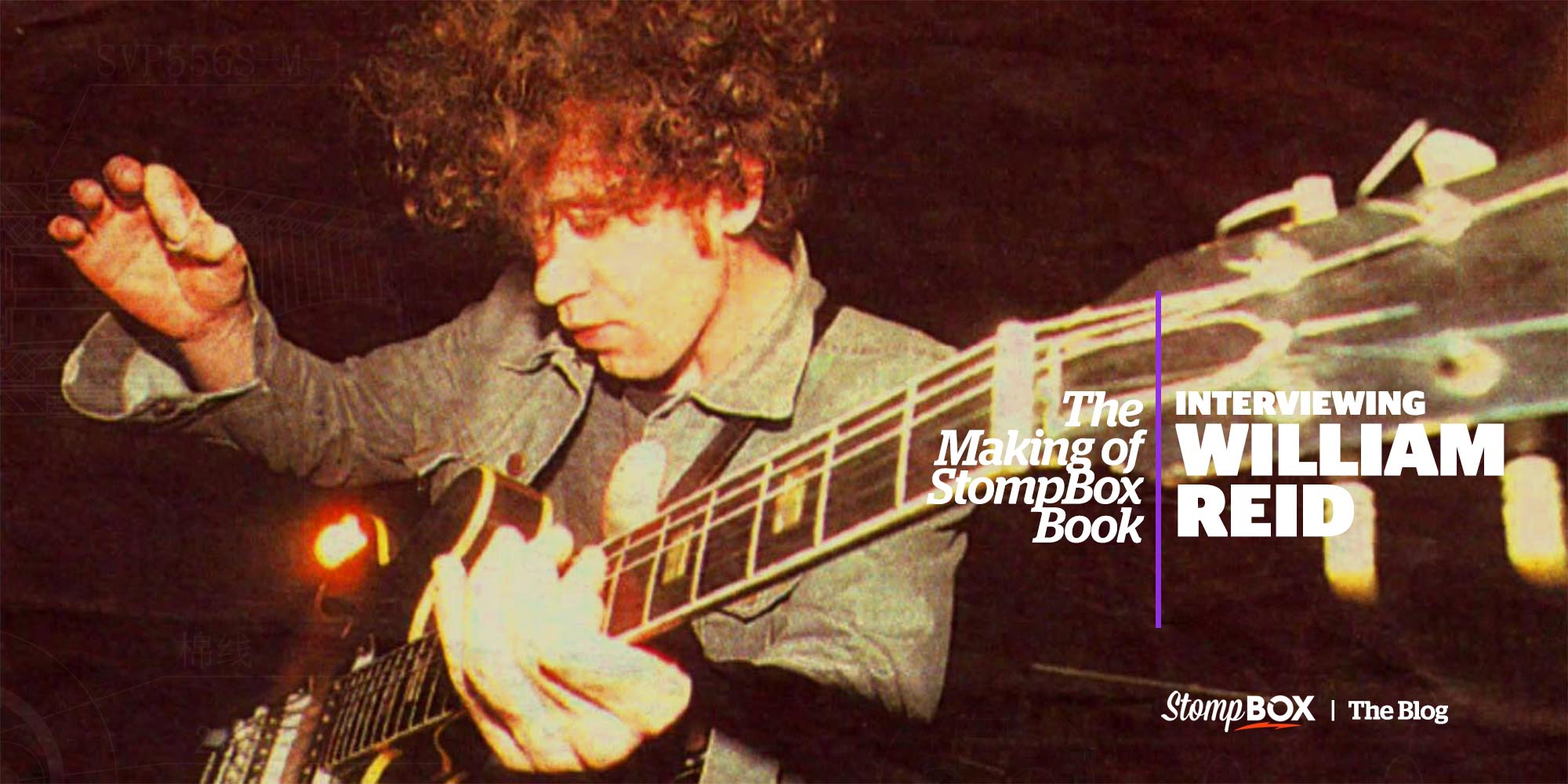 It’s taken me nearly two decades to go public with this, but…

It was my fault that The Jesus and Mary Chain broke up in the fall of 1998.

Assigned by Guitar Player magazine to interview JAMC’s combustible-sibling leaders, William and Jim Reid, about the band’s then-latest album, Munki, I arrived in the lobby of their hotel – the notorious Hyatt House in West Hollywood. It proved an ideal setting. As if art directed by a higher power with a subscription to MOJO, I arrived to find the Reids — never exactly known for being cooperative interview subjects — already roaring drunk, despite the fact that they were due to play a show in a few hours at the House of Blues across the street.

For reasons I can no longer recall, I somehow immediately hit it off with Jim and bassist/guitarist Ben Lurie. Their friendliness towards me, however, seemed to send brother William in the other direction — quite literally, in fact. He chose to “do” our interview sitting directly behind me, facing in the opposite direction, with the back of his chair pressed up against the back of mine. While Jim and Ben both chatted merrily away, William only occasionally broke his stormy silence to take unintelligible issue with something his younger brother had just said. The vibes between the Reid siblings were awful, to put it mildly, and the interview’s progression just seemed to increasingly exacerbate the situation, with Jim using the occasion to hurl numerous barbs at his older brother.

I would be the last person to interview The Jesus and Mary Chain before they went onstage that night. The show collapsed in spectacularly shabby fashion, even for JAMC, with Jim too inebriated to sing, and William too angry to play. I can’t say that I was entirely surprised. I did feel partly responsible, though – even more so once I learned that William had left the band for good following the House of Blues fiasco…

Nineteen years later, the William Reid I spoke to for Stompbox was, thankfully, in a far better place. Proud of his band’s legacy, and clearly happy to have patched things up with his brother to the degree that they actually enjoying touring together these days, William came off as friendly, funny, and charmingly self-deprecating. Just to be on the safe side, however, I didn’t mention our previous interview – but JAMC’s newly mellow major domo was more than willing to speak at length about the wonders of the Shin-Ei Companion WF-8 Fuzz Wah.

What is the importance of the Shin-Ei Fuzz Wah to The Jesus and Mary Chain?

I think the Shin-Ei was probably the catalyst for me and Jim to get together as a band. I don’t think we had even decided to have the band at the point when I bought it, but we thought that this object emitted just the most amazing sound. I think we were still thinking of being two bands. My brother and I used to talk about what the perfect band was gonna sound like; he had his, and I had my perfect band. And because we were brothers, we didn’t really want to be in the same band; it’s just not something you want to do when you’re young. It kind of cramps your style if your kid brother’s hanging around with you, when you’re talkin’ to girls and stuff. But we realized that we had to bite the bullet and be in the same group.

To be honest, I didn’t play guitar that well in those days. I’d been playing guitar maybe six years, but I was like a punk guitarist. I had no interest in being Eric Clapton — I was more into the Ramones or the Sex Pistols. That was my type of guitar style, simple and melodic. But we also wanted to make that plus something else, you know? There was no way we were going to start a band and try and copy the Ramones or the Sex Pistols; that wasn’t in any way what we were gonna do. We always knew that something extra, something special had to be put in, and the Shin-Ei was that. It’s definitely another instrument, that pedal.

Used to be, you could buy these pedals pretty cheap. But I think because I’ve spoken about them a few times, they’ve become really hard to get. They seem to be costing hundreds of dollars, you know? They were hard to find in the Eighties, but they were still cheap as fuck — if you could find them, you could get them for fifteen, twenty pounds. We actually built up a nest of them! Right now, we probably have about four or five that work, and another three that we keep for parts.

The problem with Shin-Eis is that they’re very untrustworthy; they go bad an awful lot. We always had to have a couple of spares with us, because sometimes they would break down during the show. Since then, we’ve got people to open them up, make them more solid inside, and fix whatever makes them vulnerable. I think maybe the board isn’t quite fitted properly. If you kick it around… I mean, you’re supposed to kick a stompbox, aren’t you? [laughs] Well, this one, it doesn’t like to be kicked around so much.

The Shin-Ei instantly became a distinctive part of the JAMC sound. Why did you move away from it after the release of the band’s debut, Psychocandy?

We definitely put it aside for a few years. After we made our first album — and that pedal was just on everything on it— we felt we kind of wanted to go in another direction. Psychocandy’s a lot of noise and frequencies and feedback, but we all thought it was a bunch of great songs as well. I think we reacted against people thinking we were a one-trick pony type thing: “This is what they do — they make noise.” And we were like, “Well, yeah, but we also have tunes and song lyrics and stuff, and that’s what’s actually hooking you in.” So for the second album, Darklands, we used the Shin-Ei sparingly; it appears on maybe on five percent of the album.

I don’t think Darklands was a reaction to Psychocandy, but we wanted to prove that our songs were the most important thing. It’s great having the pedals, but we always thought the measure of a great song was being able to sit down with an acoustic guitar and play it to somebody and impress ‘em. But I started bringing the Shin-Ei back in the early Nineties, and I’m still using it.

So, which other guitarists do you think we should include in Stompbox?

Ermmm… I don’t have any idea. Make the book just about me. [laughs]