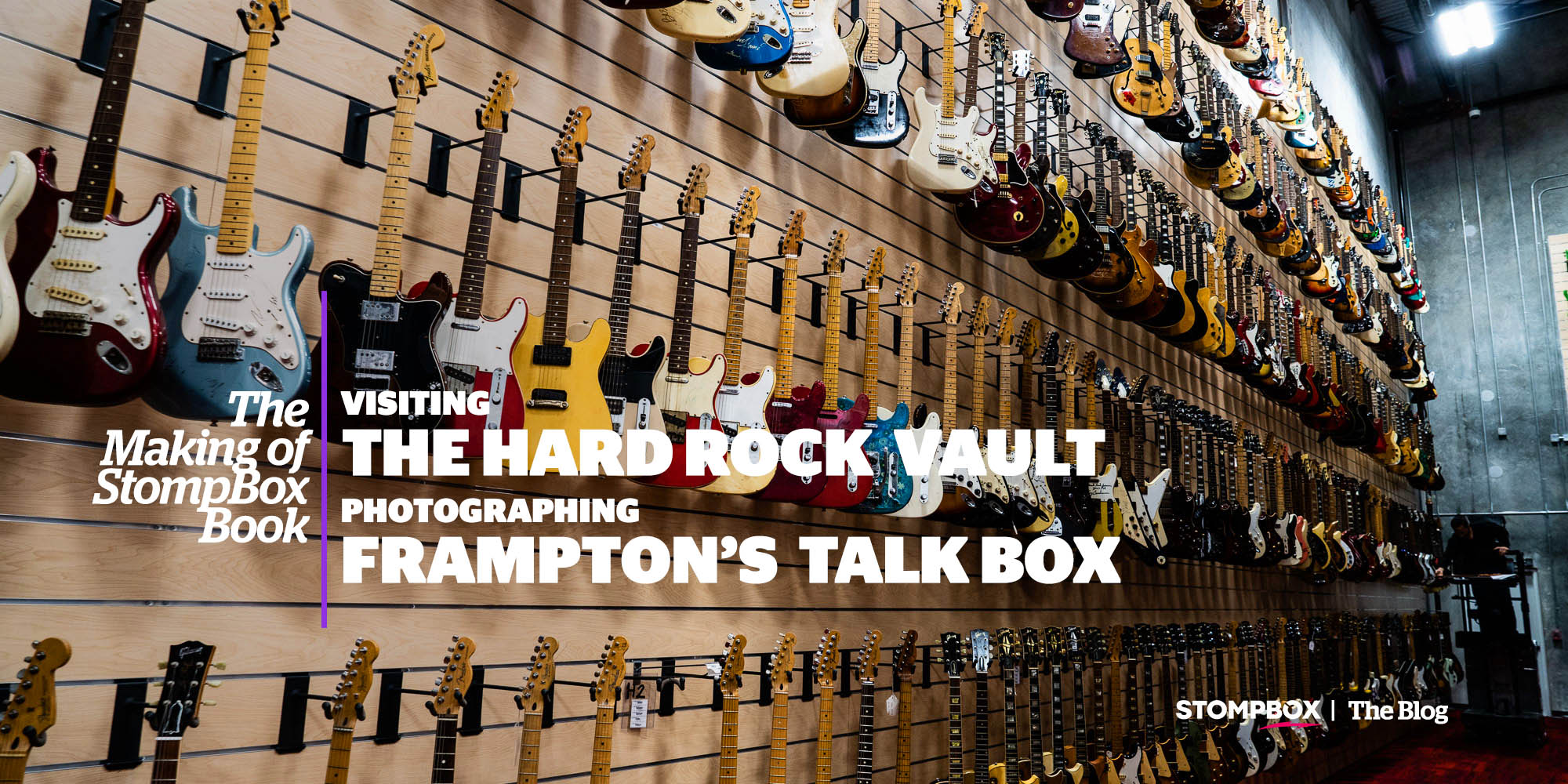 Back in October 2019, Stompbox creative director and photographer, Eilon Paz, went to the Hard Rock Vault—located somewhere deep in the belly of Florida—to photograph Peter Frampton’s Heil Talk Box, which is the effect he used, most notably, for his iconic, extended guitar solo on “Do You Feel Like We Do,” from the 1976 release, Frampton Comes Alive!. “It’s a funny sound,” Frampton told Stompbox editor, James Rotondi, in his interview for the book. “So it’s hard to be overly serious when you’re playing it.”

The Vault is Grand Central Station for the instruments and musical memorabilia the Hard Rock acquires on an almost constant basis, and it’s where those new acquisitions are cataloged, cleaned up, and stored before being shipped off and displayed at one of their venues around the world.

“The Vault is the main storage facility for Hard Rock International, for any memorabilia items that are not currently on display,” Chase McCue, Hard Rock’s Director of Memorabilia, told Eilon during his visit. “We receive new acquisitions in this facility, and before memorabilia goes out for display, this is where it starts its life cycle in the Hard Rock memorabilia collection.”

“The Hard Rock collection is at over 83,000 pieces all over the world, including what we have here in the vault.”

The Hard Rock rolled out the red carpet for Eilon, who spent over two hours photographing Frampton’s Talk Box, as well as a few other items. McCue then gave him a guided tour of the place. “You walk in, and the first thing you see is this huge hall, with these huge, 30-foot murals of people like Hendrix, Prince, and even Justin Timberlake,” Eilon says. “But after that, it’s just wall-to-wall gear. Racks and racks of thousands of guitars, plus amps, organs, drums, as well as clothing and other stage props. It’s really incredible.”

The Hard Rock opened its doors in the early 1970s, but didn’t start collecting memorabilia until 1979, and that was almost by accident. “This guitar collection started with an innocuous donation from Eric Clapton,” McCue says. “He donated a red, Fender Lead II, to mark his favorite spot at the restaurant in London. Then Pete Townsend sent a Les Paul, and said, ‘Mine’s as good as his, Love Pete.’ Now we’re here, at over 83,000 pieces all over the world, including what we have here in the vault.”

Most of those 83,000 items are significant, and in the Vault, almost every instrument comes with a story, which is usually related to a song, or a larger-than-life personality, or a major event in rock ’n’ roll history. “We have John Lennon’s Gretsch,” Giovanni Taliaferro, the Director of Design and Memorabilia for Hard Rock International, says about the items in the Rock Vault, which is a specialized vault-within-a-vault, where they keep their most coveted finds. “We have Keith Richards’ Les Paul. Roy Orbison, Alex Lifeson, Elvis Presley, ZZ Top, Jimi Hendrix, it just goes on and on. It’s such an amazing room of history.”

The Vault is not open to the public, although they did let Eilon snoop around. “They let me touch stuff,” he says. “But with their supervision, and I had to wear gloves. I couldn’t just pick up, say, Paul Stanley’s guitar and start thrashing out ‘Love Gun’ or something like that. Though it was tempting.” 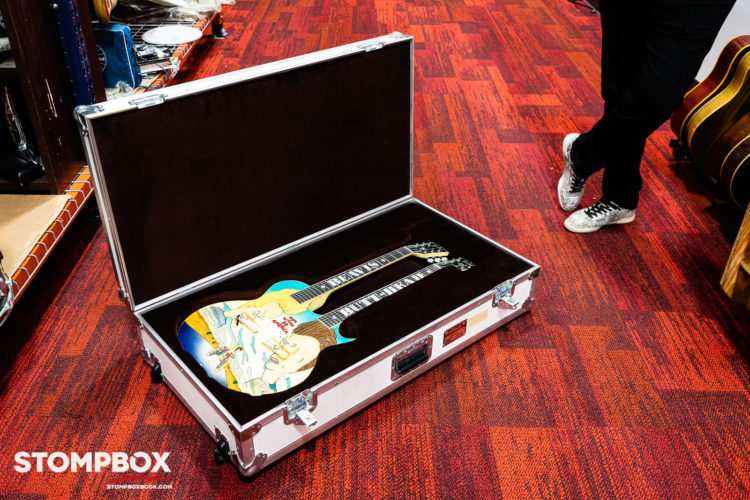 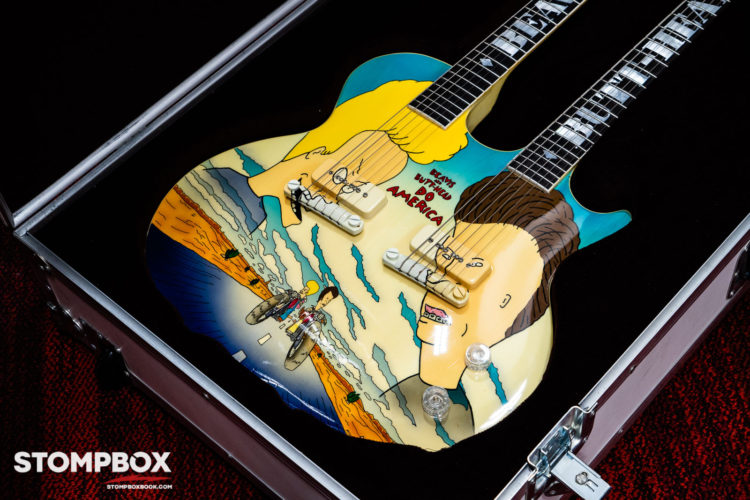 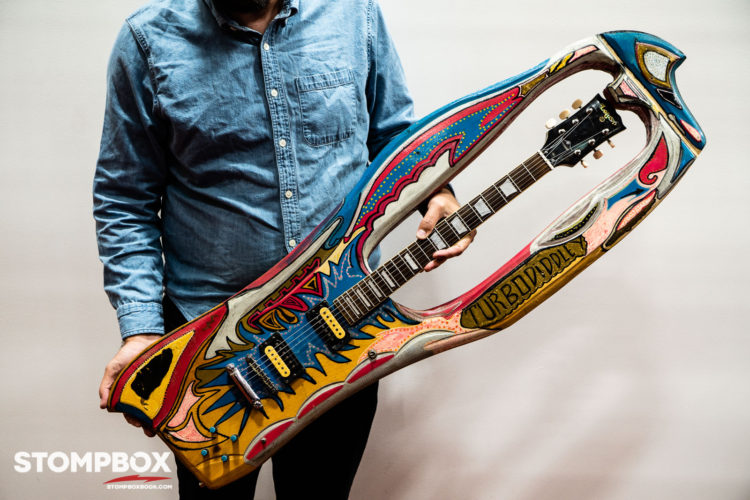 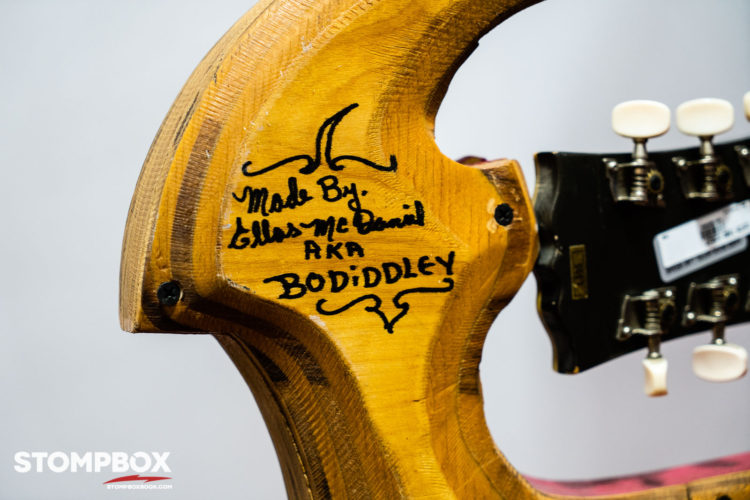 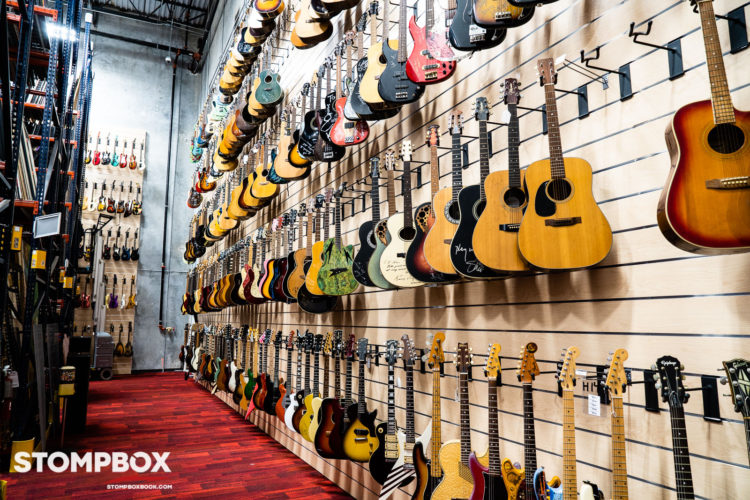 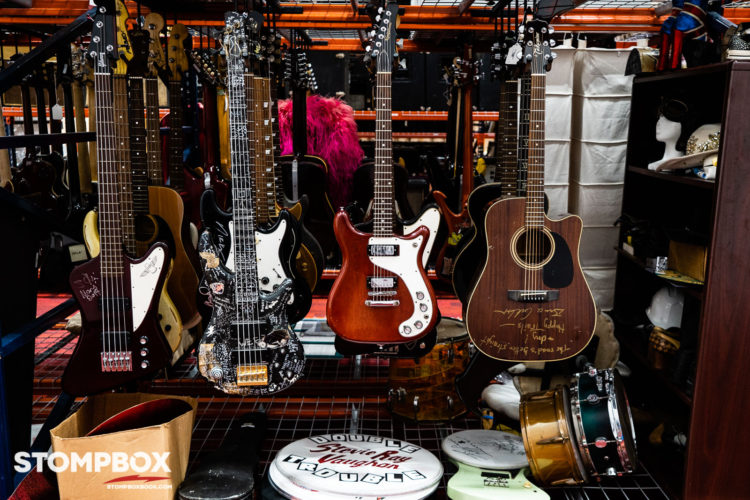 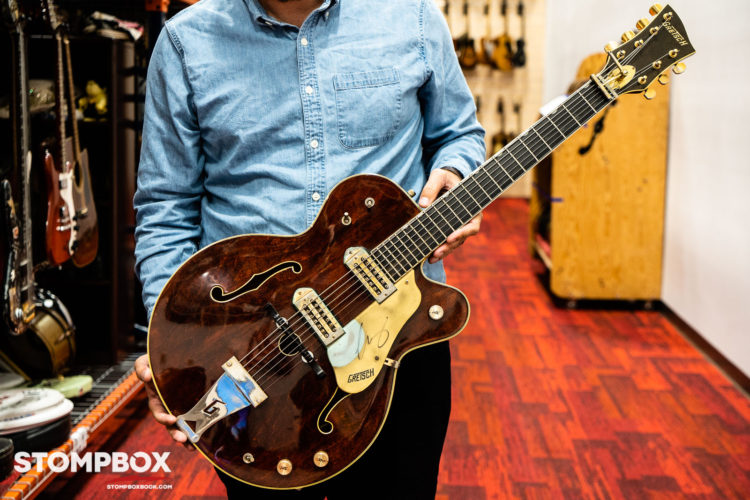 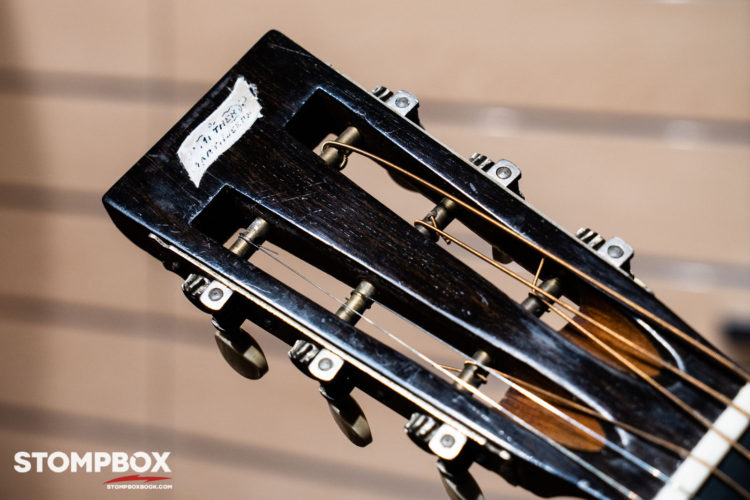 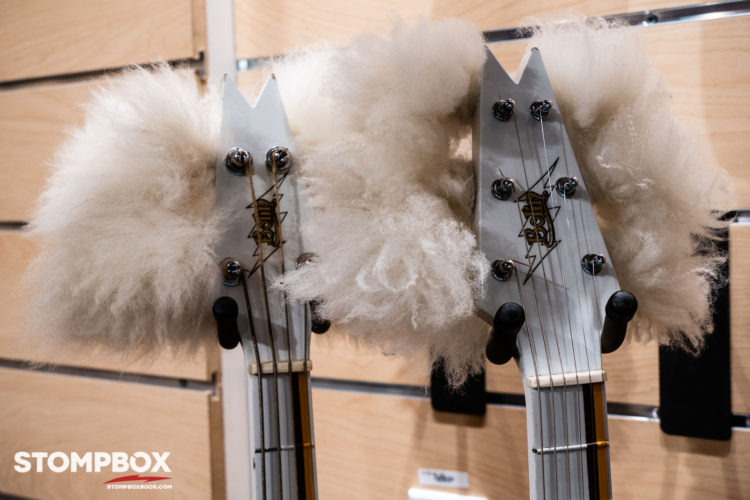 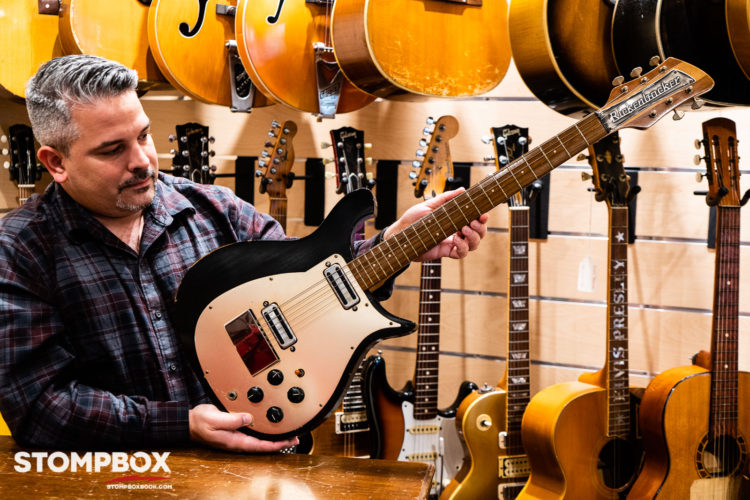 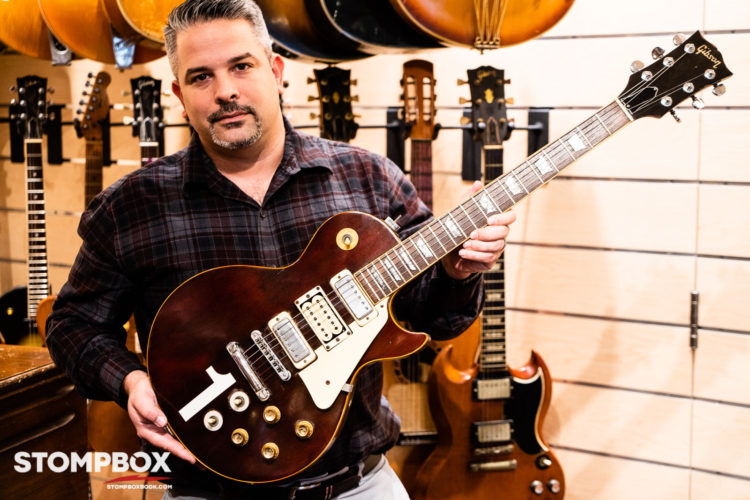 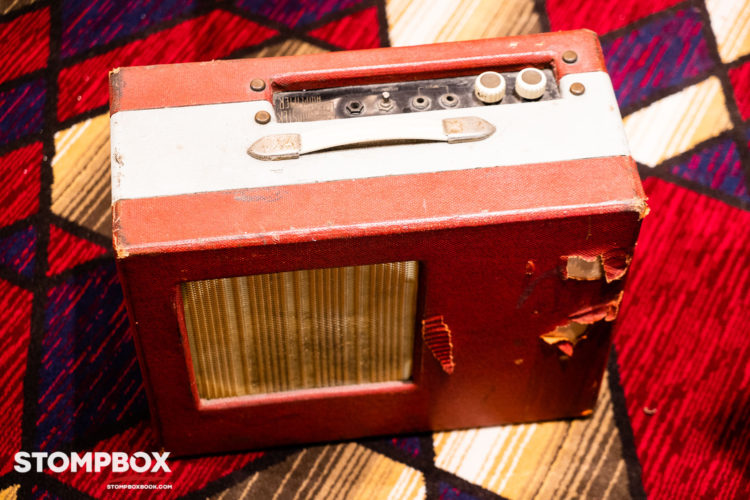 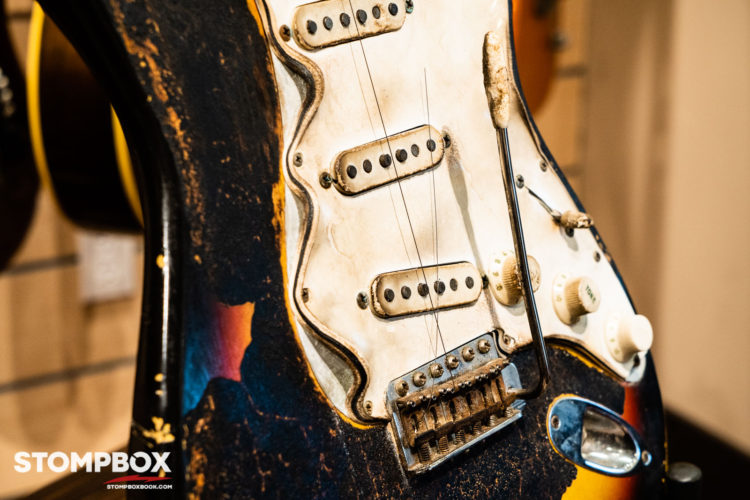 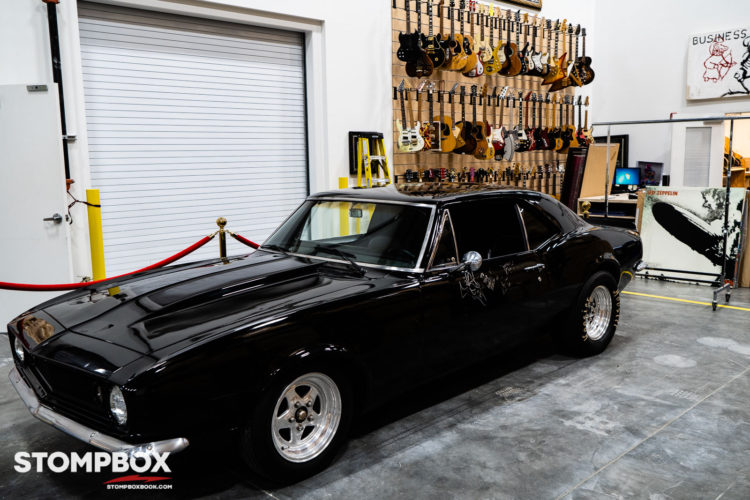 Full interview and photo of Peter’s Heil Talk Box will be featured in the Stompbox Book. Pre-Sale starts October, 15 2020 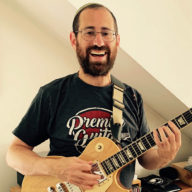