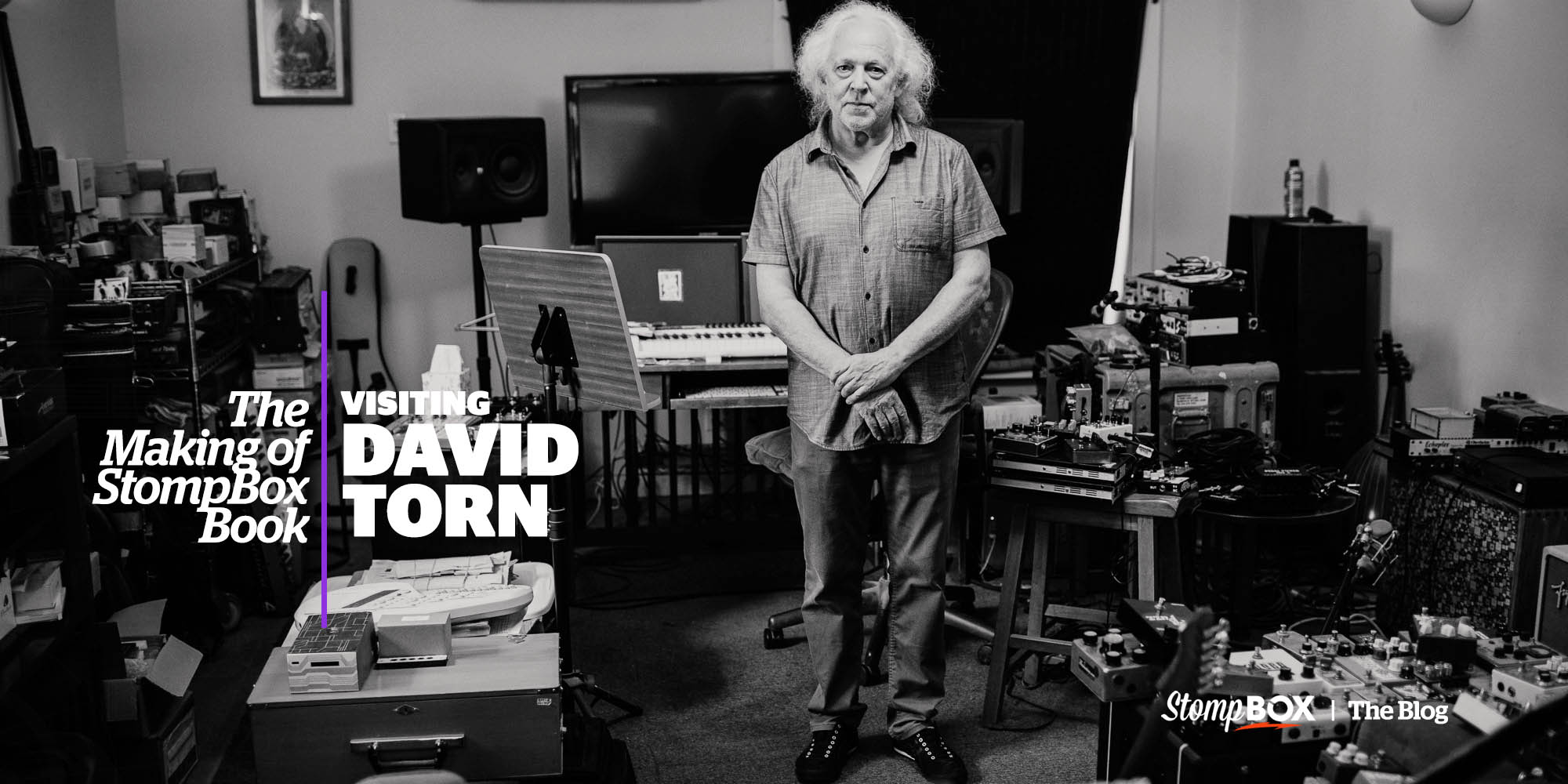 Driving into upstate New York you can’t help but get taken by the tranquility. This is especially true if your usual surroundings consist of concrete giants atop speeding torpedoes in a setting where no one person, place or thing sleeps. The calming effect of nature is evident in the earth-tone clad ethos of Woodstock, NY. Residing “up the country” within the Catskills culture has its undeniable perks and thus has been a haven for artists – namely musicians. For a sonic avenger like David Torn affectionately known as “Torn”, it’s the perfect place to build a house in the middle of nowhere so you can turn everything up to 11 and have at it.

The Torn compound boasts two improvements to the lot. Upon walking on the grounds you see a warm, inviting home where the Torn grandchildren are the undisputed VIP’s. Just a few paces along a sidewalk path is where Eilon and I are going to be meeting with Torn for the shoot and interview. This is the place where it all happens. While nondescript, you can’t help but get giddy approaching this otherwise plain, staunch structure. One thing is for certain – this is no mere man cave. This is Torn’s workspace affectionately known as “Cell Labs East”. Among the inspiring array of gear immediately greeting our eyes as the door opens, this is undoubtedly a pedal sanctum. Truth be told this is not my first trip to Torn HQ, yet it’s always an adventure to see what’s behind that door. David Torn is the guy when it comes to so many noise toys and audio approaches I hold in the highest regard. This is a place of wonder. A place any sonic troubadour worth his salt would want to experience over and over.

When I was first approached about interviewing David for this project I was curious as to what pedal he would choose for the shoot. I assumed he would have a tough time with it as well. It’s almost mind-numbing when you consider the multiple decades of celebrated works and countless episodes of innovation as a player, composer, sideman and producer. If that wasn’t scary enough try walking into his private studio. For the uninitiated walking into Cell Labs East would only lend credence to my assumption. There’s a lot to take in and pedals are the likely majority. With all that said, he made his choice without hesitation.

After Eilon and I settled in my pedal senses summoned a scan of the room. I quickly realized the fuzz fan in me was in the right place at the right time. Deep cuts as well as prototypes from the likes of John Lyons of Basic Audio (Fuzz Mutant, Bye-Bias, Pirk) Tom Cram of Spiral Electric FX (Black Spiral, Aurora) Mike Piera of Analogman (Peppermint Fuzz) and Paul Trombetta of Paul Trombetta Design (Tornita, Velocitine) were on display. That is, throughout the room in myriad locations including the floor, atop keyboards, on pedalboards, shelves and the infamous couch where no human actually sits.

Fuzz from abroad was also on hand. Some pedals that traveled from far and wide to the lab were the Animal Factory Amplification Chemical Burn straight from Mumbai and the German-based Fluxmachines and their exquisite Wonderground. There were also assorted offerings from the UK including the Ghost Effects Ghost Temporal Research 2065, the enormous Castledine Electronics Supa Fuzz as well as a faceless fx DeSade.

As surreal as it was to be in the midst of so many drool-worthy specimens, the stories of how these pedals made their way to Torn was equally fantastic. From Analog Mike and Jim Weider just showing up one afternoon with an assortment of Fuzz Face clone to fuzz pedals that were lovingly gifted to Torn. In regards to the latter David spoke of these tokens with the utmost reverence and gratitude. How can you not when, for example, a builder hand-etches an image of one of your album covers?

A day with Torn is full of moments and this one was no different. There was a teaching moment where Torn schooled us on difference between germanium and silicon transistors. There was an invaluable moment where he held court on the origins of fuzz circuits and how, much like the amp world, it all comes down to a few pivotal designs including the Maestro FZ1 along with the ever-important pioneering iterations of the Sola Sound Tone-Bender. For me there was a pivotal moment where he focused on a noteworthy coterie of advanced rack delays and loopers consisting of the following stalwarts: The trend setting Oberheim Echoplex Digital Pro and its successor the Gibson Echoplex Digital Pro Plus; the Electrix Repeater and an array of to-die-for early Lexicon units including his groundbreaking PCM 42. Take note: You can add firmware designer to Torn’s list of skills as he had a heavy hand in programming most of these units.

Before I knew it, the day had come and gone. In a span of a few hours Eilon shot his subject and I helped flesh out the information we needed for the write-up while we talked about life, dogs and fuzz. As with any sojourn to the Catskills, today was good for the soul. For many it’s a place to rest, recharge and revitalize. While my mind had no time for rest as it was racing for those few hours, my pedal enthusiasm was indeed recharged. As for revitalization, I think it’s safe to say Eilon and I came away with a renewed sense of awe for one David Torn. Heading home, it was the roadside tranquility of the Catskills that made for a perfect setting for some rest while I hit rewind on some of my favorite moments today with David Torn. 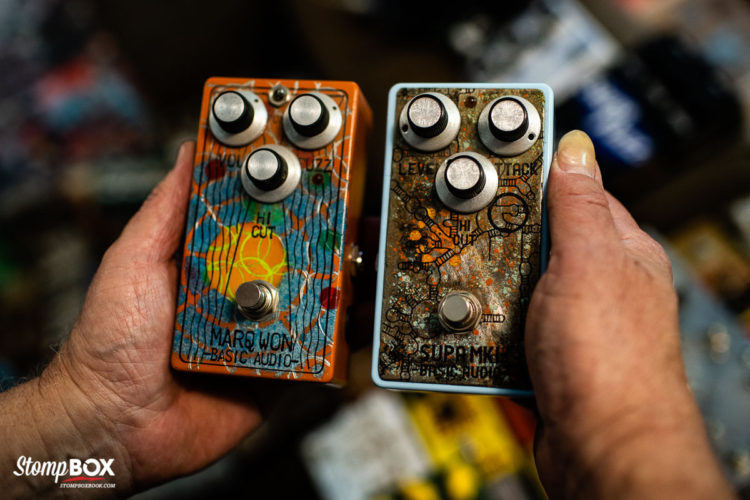 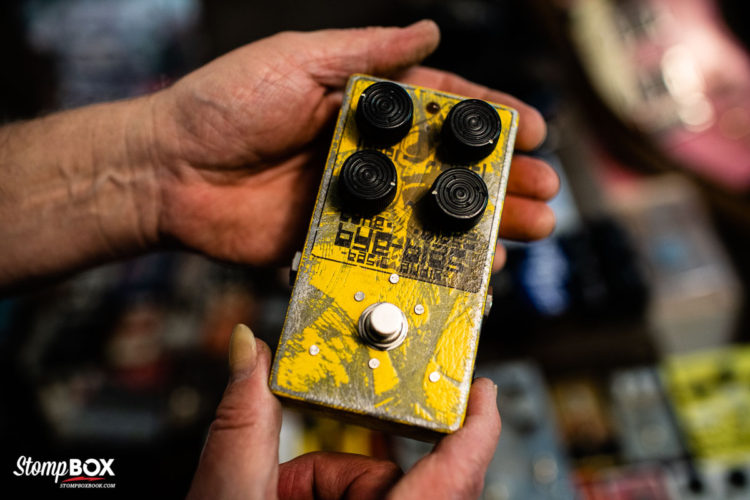 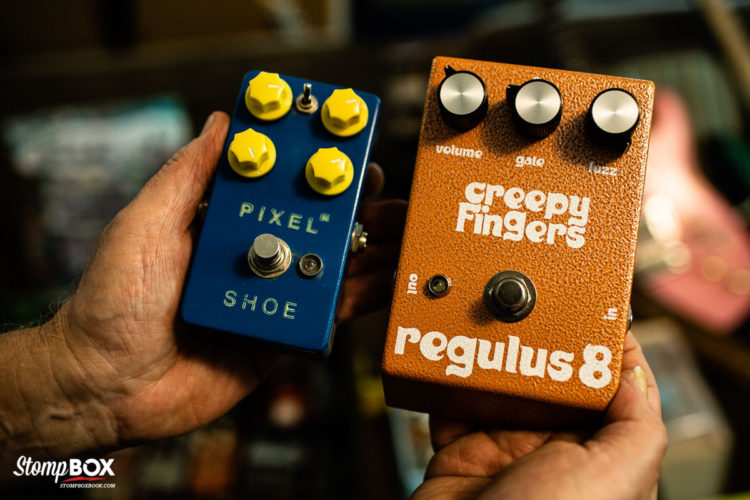 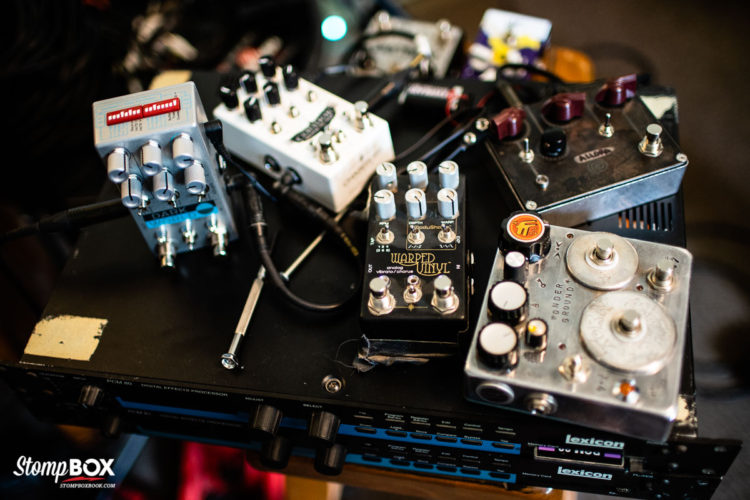 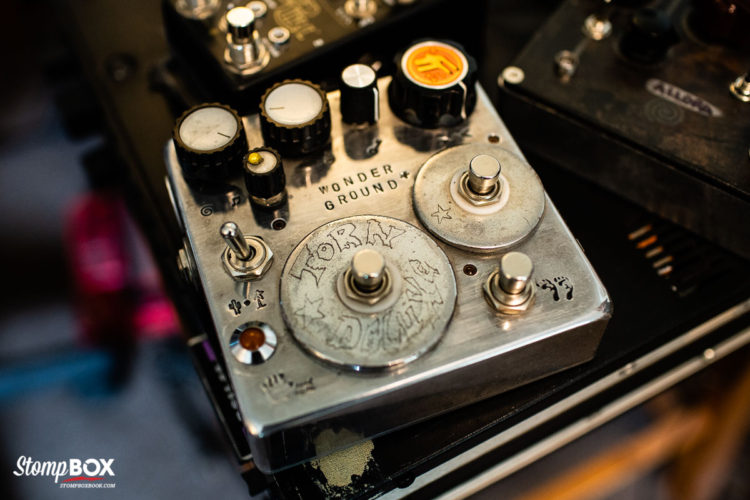 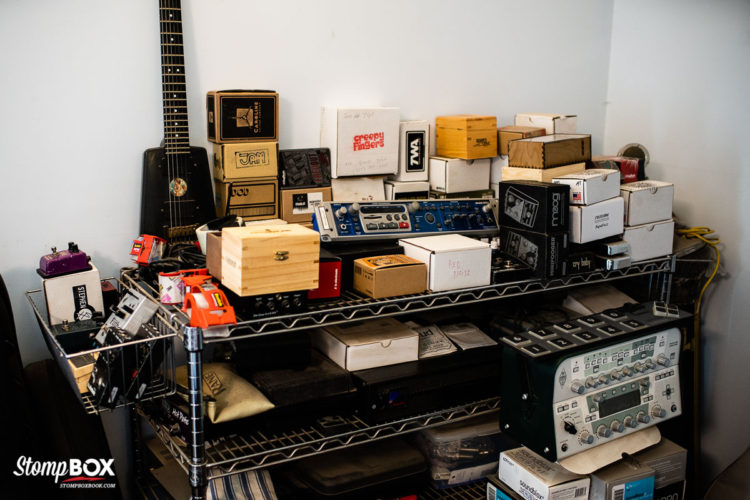 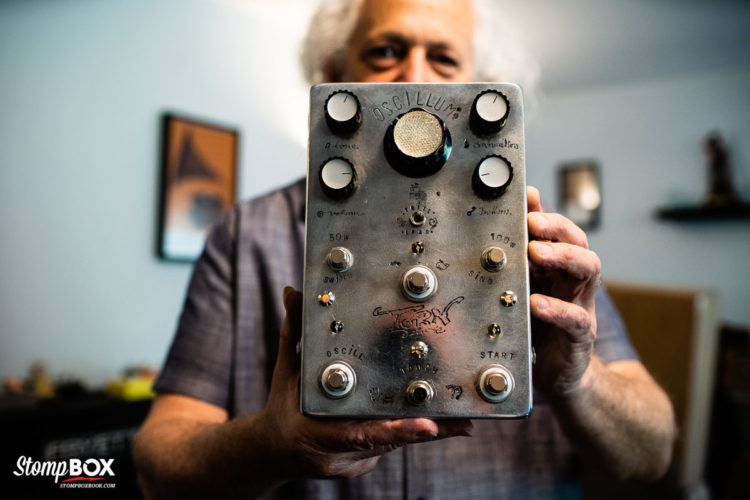 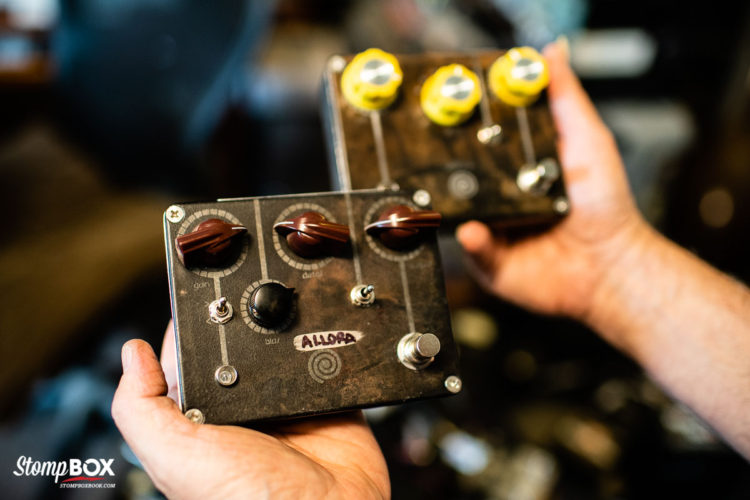 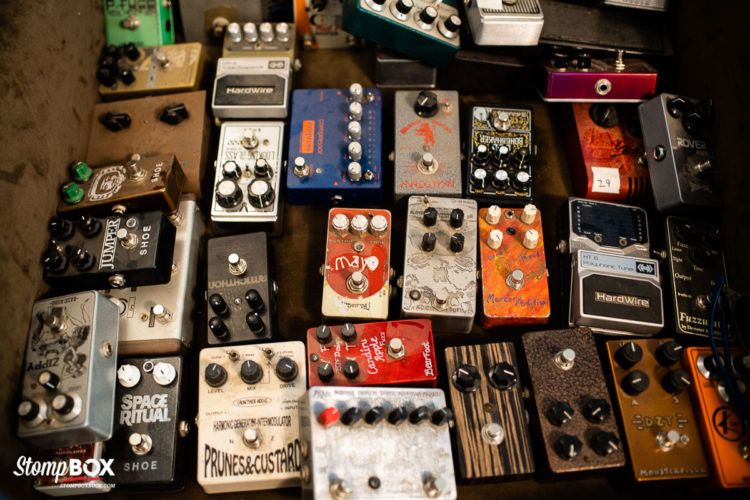 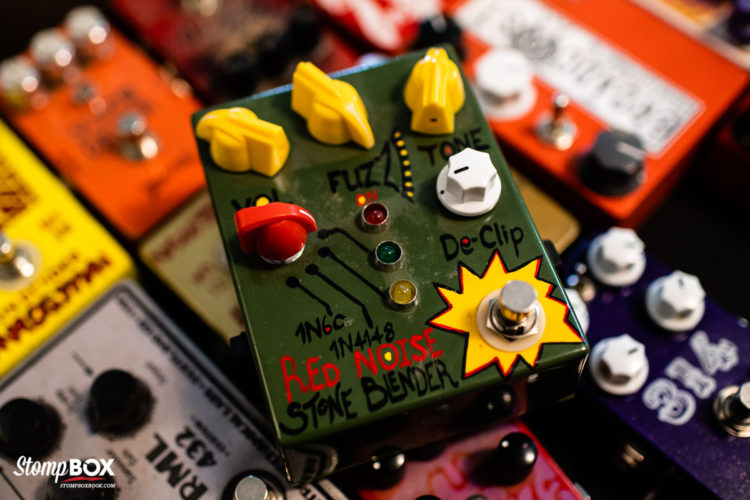 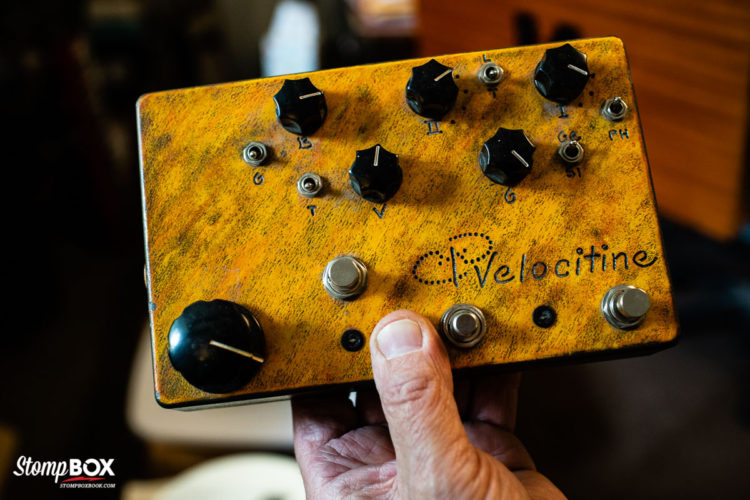 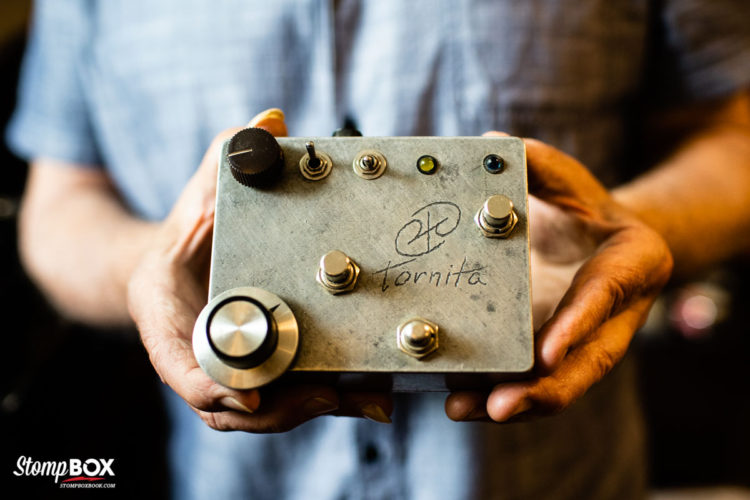 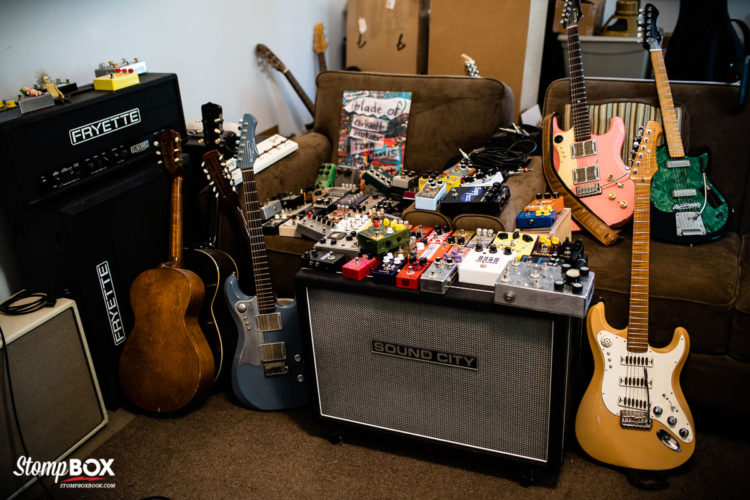 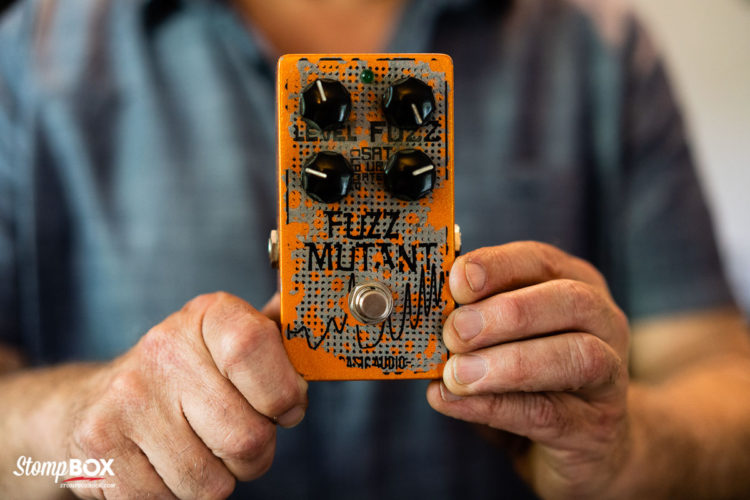 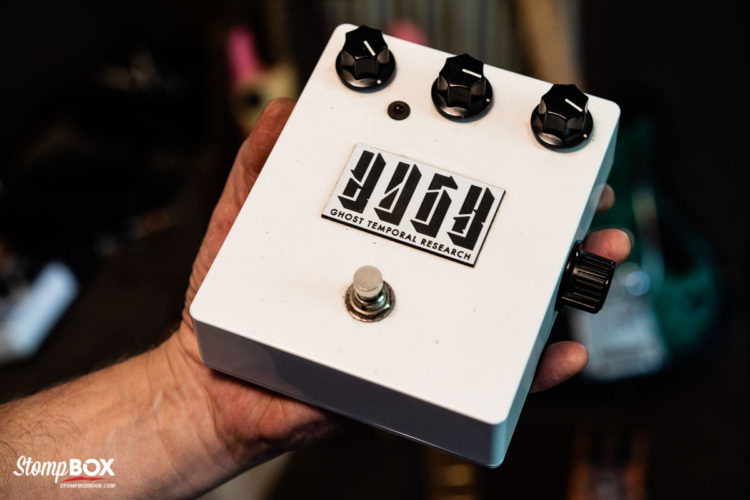 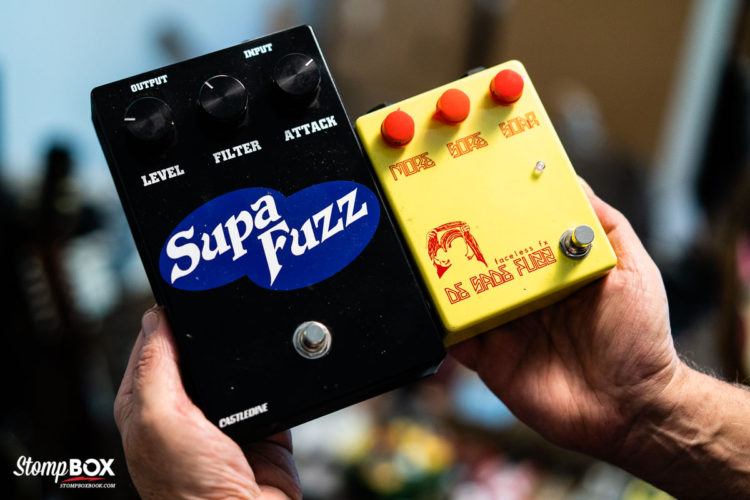 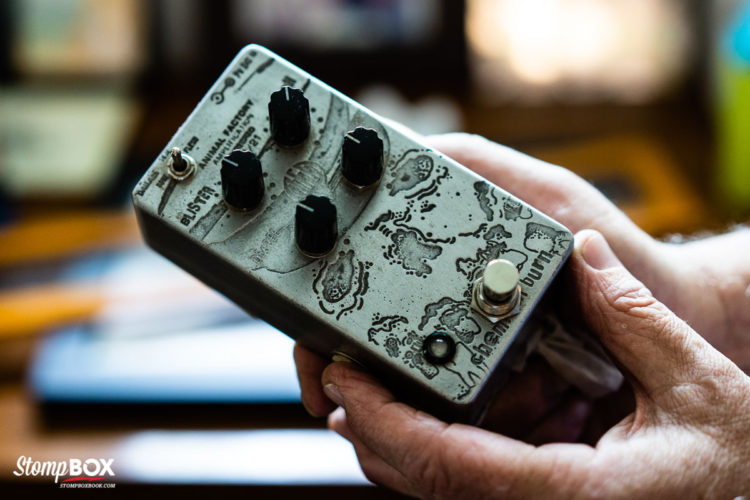 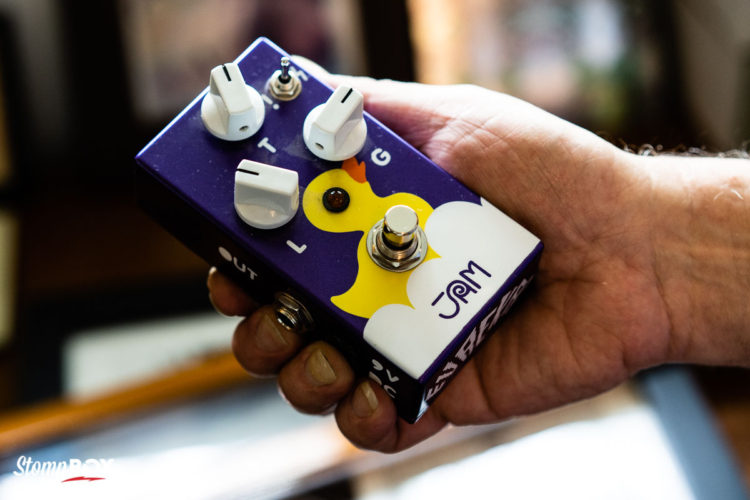 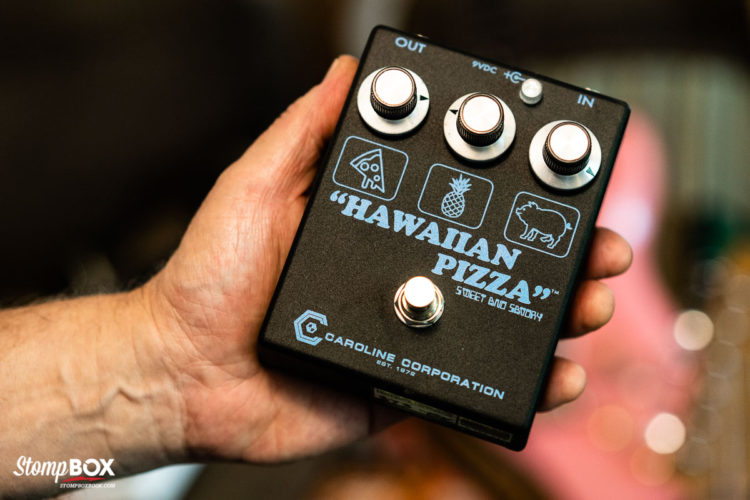 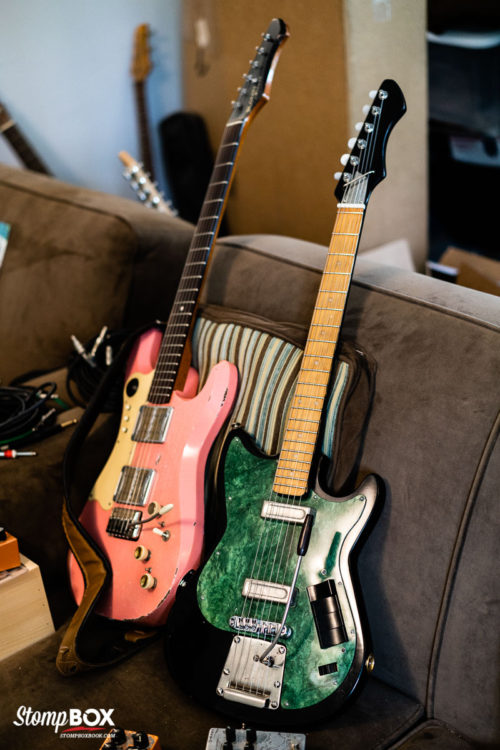 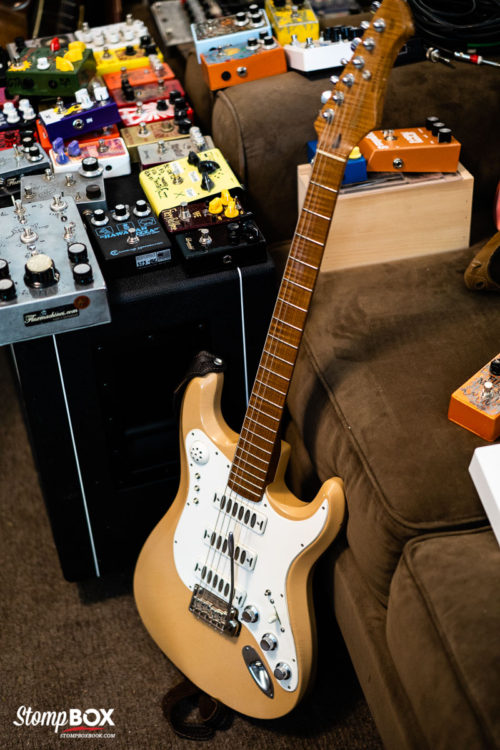 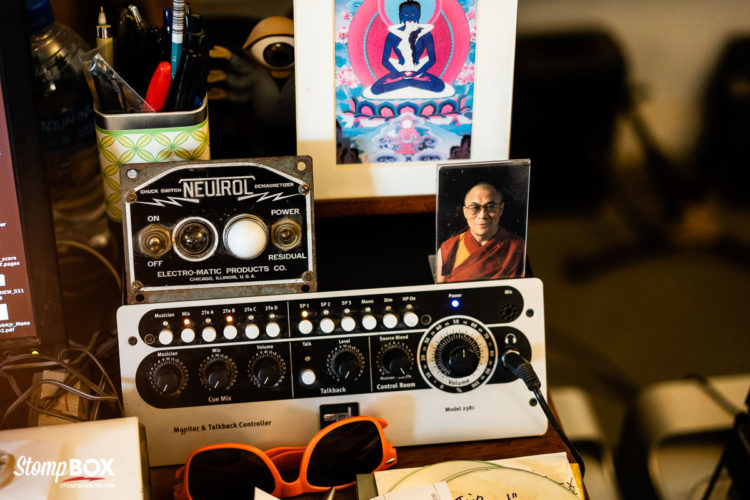 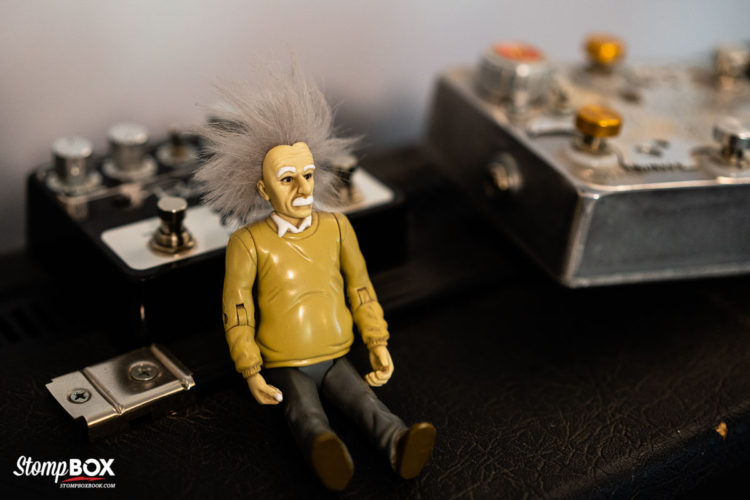 Full interview and photo of David’s chosen pedal will be featured in the Stompbox Book, coming summer 2020. 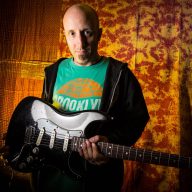 Jersey Shore born and bred. In addition to dozens of published works in Guitar One, Guitar Player and Just Jazz Guitar magazines, Chris’s written work has been seen in publications from Hal Leonard, Alfred and Course Technology including the critically acclaimed The Guitarists Guide to Music Reading.
After serving as a faculty member in the guitar department at Berklee College of Music, Chris became TrueFire artist releasing 40 titles on the market to date. Chris’ video work is also featured on Guitarinstructor.com

[…] surprise you. Just ask the brilliant guitarist, composer, improviser and producer David Torn, who generously invited Stompbox generalissimo and photographer Eilon Paz and SB contributor Chris Buono …, where he proceeded to unveil the highlights of his pedal collection. For Torn, amassing a crazy […]